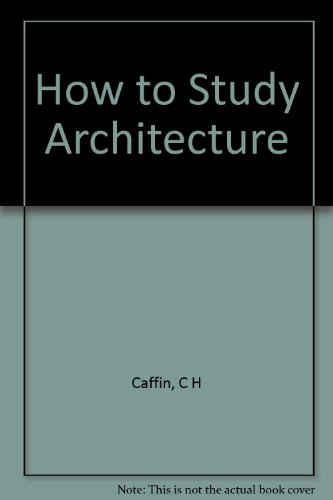 How to Study Architecture
by Charles H. Caffin

Description:
This book of architecture, first published in 1917, will give you a very good understanding of the basic history of architecture, from the dawn of civilization until the dawn of the Twentieth Century. It covers all the major periods within that time and lays out a basic philosophy to guide you to a deeper understanding and appreciation of the buildings around you.

Second Homes for Leisure Living
- Douglas Fir Plywood Corporation
The labor-saving advantages of plywood are fully realized in the construction of the outstanding 2nd homes on the following pages which were developed by various manufacturers through the agency of the Douglas Fir Plywood Association.
(11811 views)

Vanishing England
by Peter Hampson Ditchfield - Methuen
This book is intended not to raise fears but to record facts. We wish to describe with pen and pencil those features of England which are gradually disappearing and to preserve the memory of them. It may be said that we have begun our quest too late.
(14119 views)

Romantic Castles and Palaces: As Seen and Described by Famous Writers
by Esther Singleton - Dodd, Mead & Company
A collection of essays on forty-eight spectacular castles and palaces from around the world. The authors are Sir Walter Scott, Alexandre Dumas, Robert Louis Stevenson, etc. The pictures were taken before the book was published in 1901.
(12474 views)

Castles of England
- Wikibooks
This book is about castles in England, their development and design through the medieval period. A glossary and a time line illustrating the development of castles through history can be found at the end of the book along with a reference section.
(7784 views)