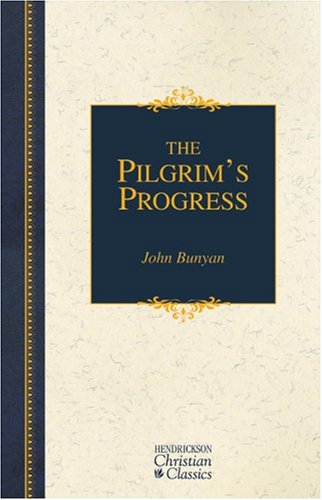 The Pilgrim's Progress
by John Bunyan

Description:
One of the most powerful dramas of Christian faith ever written, this captivating allegory of man's religious journey in search of salvation follows the pilgrim as he travels an obstacle-filled road to the Celestial City. An enormously influential 17th-century classic, universally known for its simplicity, vigor, and beauty of language.

So You Don't Want to Go to Church Anymore
by Jake Colsen - Windblown Media
Jake Colsen is an overworked and disillusioned pastor. Facing his own disappointment with Christianity, Jake must forsake the habits that have made his faith rote and rediscover the love that captured his heart when he first believed...
(6509 views)

The Hidden Christ: Taking the Gospel into the World
by Christoph Friedrich Blumhardt - The Plough Publishing House
These letters from Blumhardt to a missionary in China, turn the traditional concept of Christian mission on its head. For Blumhardt, the gospel of Jesus Christ has nothing to do with religion. There is no need to bring Christianity to people.
(6374 views)

Talmud of Jmmanuel
by John Grau
Jmmanuel, later called Jesus survived the crucifiction and later moved to Kashmir with his mother Mary, married and had children and teached others till he was 115 years old. His spirit was later reincarnated as Mohammed.
(10378 views)

The Doré Gallery of Bible Illustrations
by Gustave Doré - Belford-Clarke Co.
From the creation of the world to its final redemption, view the Bible as imagined by one of history's most accomplished illustrators. This book of Dore's classic Gallery pictures many of the best-loved stories from the Old and New Testament.
(12276 views)