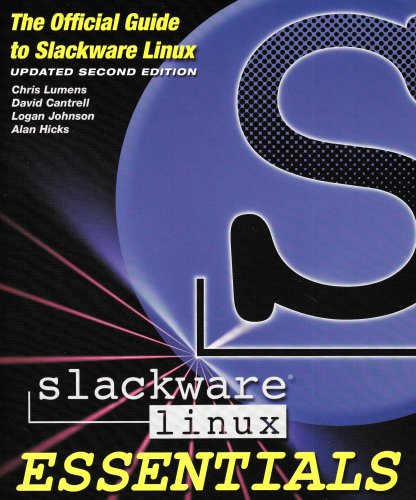 Description:
The Slackware Linux operating system is a powerful platform for Intel-based computers. It is designed to be stable, secure, and functional as both a high-end server and powerful workstation. This Book in designed to get you started with Slackware Linux operating system. It`s not meant to cover every single aspect of the distribution, but rather to show what it is capable of and give you a basic working knowledge of the system.

Into the Core: A look at Tiny Core Linux
by Lauri Kasanen - TinyCoreLinux.net
The Core book gives a gentle introduction to Core, its concepts, and how it functions. It covers Core from start to finish. The concepts are explained in detail, from usage details to internals, ending up with several example projects.
(3906 views)

The Linux Wireless LAN Howto
by Jean Tourrilhes
This document will explore the magical world of Wireless LANs and Linux. Wireless LAN is not a very widespread and well known technology, even in the Linux world, so we will try to gather here most of the available information.
(10849 views)

The Linux Command Line
by William E. Shotts, Jr. - Lulu.com
Designed for the new command line user, this volume covers the same material as LinuxCommand.org but in much greater detail. In addition to the basics of command line use and shell scripting, the book includes some more advanced topics.
(14669 views)