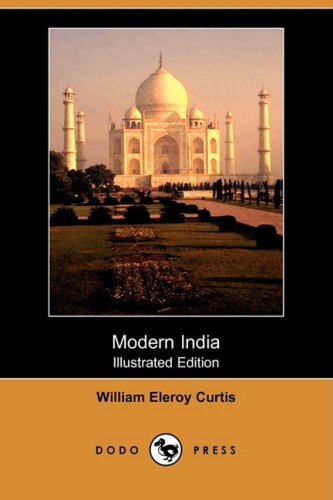 Description:
This volume contains a series of letters written for The Chicago Record-Herald during the winter of 1903-04. From the table of contents: The Eye of India; The City of Bombay; Servants, Hotels, and Cave Temples; The Empire of India; Two Hindu Weddings; The Religions of India; How India Is Governed; The Railways of India; The City of Ahmedabad; Jeypore and its Maharaja; About Snakes and Tigers; The Rajputs and Their Country; The Ancient Mogul Empire; The Architecture of the Moguls; The Most Beautiful of Buildings; The Quaint Old City of Delhi; The Temples and Tombs at Delhi; Thugs, Fakirs and Nautch Dancers; Simla and the Punjab; Famines and Their Antidotes; The Frontier Question; The Army in India; Muttra, Lucknow and Cawnpore; Caste and the Women of India; Education in India; The Himalyas and the Invasion of Thibet; Benares, the Sacred City; American Missions in India; Cotton, Tea and Opium; Calcutta, the Capital of India.

Monumental Java
by Monumental Java - The Macmillan Company
Java's ancient monuments are eloquent evidence of that innate consciousness of something beyond earthly existence which moves men to propitiate the principle of life by sacrifice in temples as gloriously divine as mortal hand can raise...
(5585 views)

Altai-Himalaya: A Travel Diary
by Nicholas Roerich - Nicholas Roerich Museum
Nicholas Roerich kept a diary of his travels by yak and camel through a remote region still largely unknown today. He chronicles his expedition through Sinkiang, Altai-Mongolia and Tibet from 1924 to 1928 in twelve exciting chapters.
(5855 views)

Across Asia on a Bicycle
by Thomas Gaskell Allen, William Lewis Sachtleben - The Century Co.
Two Washington University graduates sail to Liverpool and begin a 15,000-mile bicycle journey to Peking. The account begins in Asia Minor as the students cycle on through Persia and Turkestan, with detours to Merv, Bokhara, and Samarkand.
(15363 views)