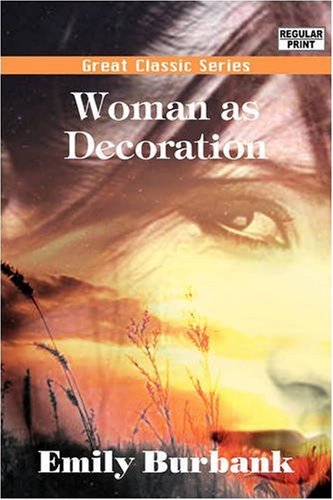 Woman as Decoration
by Emily Burbank

Description:
A brief guide for the woman who would understand her own type, make the most of it, and know how simple a matter it is to be decorative if she will but master the few rules underlying all successful dressing. As the costuming of woman is an art, the history of that art must be known, to a certain extent, by one who would be an intelligent student of our subject. With the assistance of thirty-three illustrations to throw light upon the text, we have tried to tell the beguiling story of decorative woman, as she appears in frescoes of Ancient Egypt, on Greek vases, the Gothic woman in tapestry and stained glass, woman in painting of the Renaissance, seventeenth, eighteenth and nineteenth century woman in portraits.

Engraving: Its Origin, Processes, and History
by Henri Delaborde - Cassel & Co.
Engraving, in the strict sense of the word, is no invention due to modern civilization. But centuries elapsed before man acquired the art of multiplying printed copies from a single original, to which art the name of engraving has been extended.
(6747 views)

Modern Design in Jewellery and Fans
by Charles Holme (ed.) - Offices of The Studio
The Editor has selected a number of representative modern examples of design by British and Continental workers, which bear testimony to the great advance that has recently been made in the rendering of the jeweller's and fan-maker's arts.
(5691 views)

Practical Forging and Art Smithing
by Thomas F. Googerty - The Bruce publishing company
This book is written by a man who is now recognized as a master craftsman in wrought metal. Hes work in wrought iron is comparable in design and finish to the best work that has been produced in that material. The author has moreover been a teacher.
(5606 views)