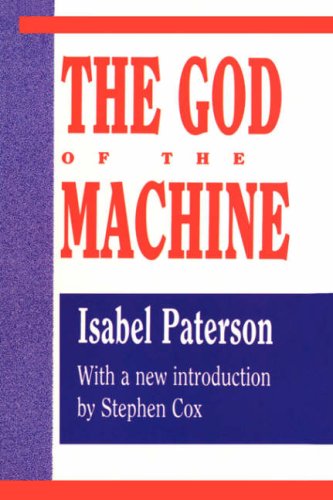 The God of the Machine
by Isabel Paterson

Description:
"The God of the Machine" presents an original theory of history and a bold defense of individualism as the source of moral and political progress. When it was published in 1943, Isabel Paterson's work provided fresh intellectual support for the endangered American belief in individual rights, limited government, and economic freedom. Her book placed her in the vanguard of the free-enterprise movement now sweeping the world. It will be essential to students of American history, political theory, and literature.

Outline of U.S. History
by G. Clack, M. S. Neely, A. Hamby - Nova Science
A chronological look at how the United States took shape -- from its origins as an obscure set of colonies on the Atlantic coast a little more than 200 years ago into what one political analyst today calls the first universal nation.
(14041 views)

Ku Klux Klan: Its Origin, Growth and Disbandment
by W. L. Fleming, J. C. Lester, D. L. Wilson - Project Gutenberg
This small monograph is an early inside view of the Ku Klux Klan in Tennessee, where it was first born, written some twenty years after the events of Reconstruction, augmented by an introductory essay written by noted historian Walter L. Fleming.
(11382 views)