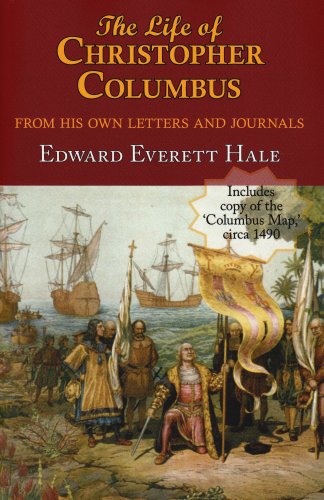 The Life of Christopher Columbus
by Edward Everett Hale

Description:
This book contains a life of Columbus, written with the hope of interesting all classes of readers. I have attempted to follow closely the personal fortunes of Christopher Columbus, and, to the history around him, I have given only such space as seemed absolutely necessary for the illustration of those fortunes.

Who Was Who: 5000 B. C. to Date
by Irwin L. Gordon - ManyBooks
Who Was Who by Irwin L. Gordon contains over 500 biographies of those who did or endeavored to become famous. This is a wry and quirky humorous dictionary of personages in history whether of biblical, religious, and/or secular bent.
(9607 views)

Villehardouin and de Joinville: Memoirs of the Crusades
by Geoffroi de Villehardouin - Dutton
Written by eye-witnesses who had taken an important part in what they describe. Stirring episodes in one of the most stirring chapters in human history. How Christendom put forth its power to capture and again recapture the holy land.
(16243 views)