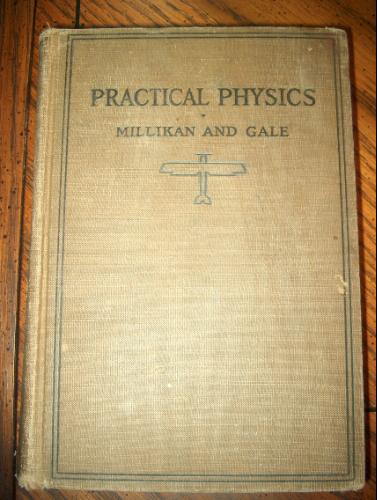 Description:
The chief aim of this book in all of its editions has been to present elementary physics in such a way as to stimulate the pupil to do some thinking on his own account about the hows and whys of the physical world in which he lives. To this end such subjects, and only such subjects, have been included as touch most closely the everyday life of the average pupil. In a word, the endeavor has been to make this book represent the practical, everyday physics which the average person needs to help him to adjust himself to his surroundings and to interpret his own experiences correctly.

The Feynman Lectures on Physics
by R.P. Feynman, M. Sands, R. Leighton - The California Institute of Technology
This is a 1964 physics textbook based upon the lectures given by Feynman to undergraduate students at Caltech. It includes lectures on mathematics, electromagnetism, Newtonian physics, quantum physics, and the relation of physics to other sciences.
(12475 views)

Physics Study Guide
by Karl Wick, at al. - Wikibooks
This guide is meant as a supplement to a year long freshman level physics course with a trigonometry prerequisite. The overview of equations and definitions and eventually sample problem solutions are pertinent to an introductory physics course.
(12689 views)

Physics
by Charles R. Mann, George R. Twiss - Scott, Foresman and Co
The aim is to show the student that knowledge of physics enables him to answer many of the questions over which he has puzzled long in vain. The development of each equation is presented with the aid of physical, rather than mathematical concepts.
(11573 views)