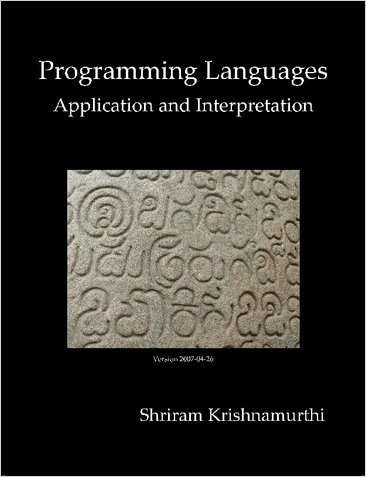 Description:
The book is the textbook for the programming languages course at Brown University, which is taken primarily by third and fourth year undergraduates and beginning graduate (both MS and PhD) students. It seems very accessible to smart second year students too, and indeed those are some of my most successful students. The book has been used at over a dozen other universities as a primary or secondary text. The book’s material is worth one undergraduate course worth of credit. The author wants to show students where languages come from, why we should regard languages as the ultimate form of abstraction, how to recognize such an evolving abstraction, and how to turn what they recognize into a language.

The Z Notation: A Reference Manual
by J. M. Spivey - Prentice Hall
The standard Z notation for specifying and designing software has evolved over the best part of a decade. This an informal but rigorous reference manual is written with the everyday needs of readers and writers of Z specifications in mind.
(8282 views)

Formal Languages
by Keijo Ruohonen - Tampere University of Technology
In these notes the classical Chomskian formal language theory is fairly fully dealt with, omitting however much of automata constructs and computability issues. Surveys of Lindenmayer system theory and the mathematical theory of codes are given.
(5223 views)

Reasoned Programming
by Krysia Broda et al - Prentice Hall Trade
The text for advanced undergraduate/graduate students of computer science. It introduces functional, imperative and logic programming and explains how to do it correctly. Functional programming is presented as a programming language in its own right.
(9434 views)

Exploring Programming Language Architecture in Perl
by Bill Hails
This book presents an informal and friendly introduction to some of the core ideas in modern computer science, using the programming language Perl as its vehicle. The book takes the form of a series of working interpreters for the language PScheme.
(12147 views)