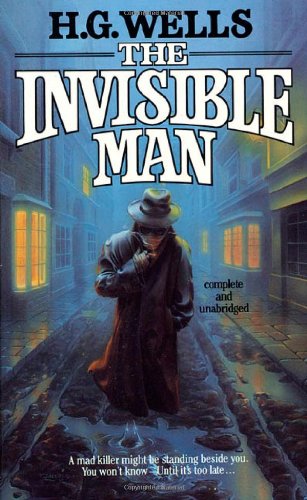 Description:
An obscure scientist named Griffin had found a way to turn skin, flesh, blood and bones invisible -- and tried the formula on himself. He could go anywhere; spy; steal; menace anyone. The Invisible Man had only two problems. He couldn't turn visible again. And he had gone quite murderously insane.

A Story of the Days To Come
by H. G. Wells
The excellent Mr. Morris was an Englishman, and he lived in the days of Queen Victoria the Good. He was a prosperous and very sensible man; he read the Times and went to church, and as he grew towards middle age an expression of quiet contempt ...
(6066 views)

Twelve Stories and a Dream
by H. G. Wells - Macmillan and co.
A collection of short stories by H. G. Wells. His normal mixture of science and speculative fiction includes these stories: The Magic Shop; The Truth About Pyecraft; The Story of the Inexperienced Ghost; The New Accelerator; The Stolen Body; etc.
(10577 views)

Star-Begotten: A Biological Fantasia
by H. G. Wells - Chatto & Windus
In his War of the Worlds, H. G. Wells imagined aliens from Mars descending to Earth. In Star Begotten, first published in 1937, the suspicion arises that the Martians may have returned -- this time using cosmic rays to alter human chromosomes.
(4482 views)

The Research Magnificent
by H. G. Wells - Macmillan
The story of W. P. Benham is the story of a man who was led into adventure by an idea. It was an idea that took possession of his imagination quite early in life, it grew with him and changed with him, it interwove at last completely with his being.
(3320 views)