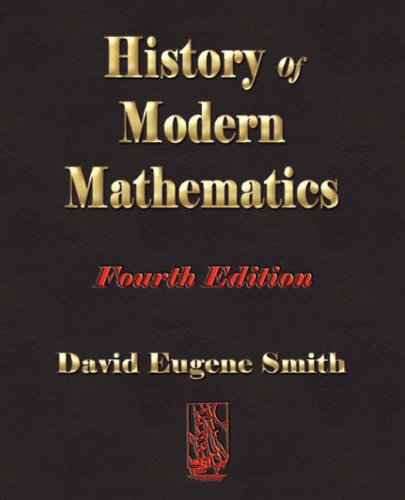 Description:
This book is an outline of the prominent movements in mathematics, presenting a few of the leading names, and calling attention to some of the bibliography of the subject. In these pages the term Mathematics will be limited to the domain of pure science.

The Story of Euclid
by W. B. Frankland - George Newnes
Euclid was a Greek mathematician, often referred to as the 'Father of Geometry'. His Elements is one of the most influential works in the history of mathematics, serving as the main textbook for teaching mathematics until the early 20th century.
(12451 views)

A Short Account of the History of Mathematics
by W. W. Rouse Ball - Dover Publications
This is the classic resource on the history of mathematics providing a deeper understanding of the subject and how it has impacted our culture. From the early Greek influences to the middle ages and the renaissance to the end of the 19th-century.
(12965 views)