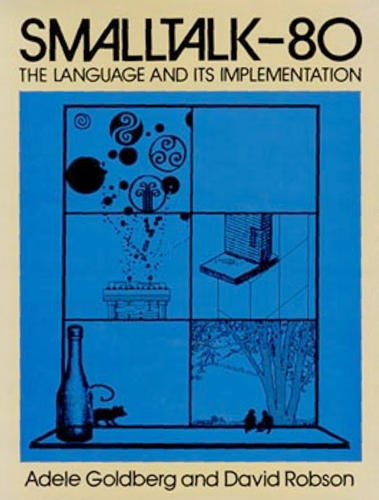 Smalltalk-80: The Language and its Implementation
by Adele Goldberg, David Robson

Description:
This book is the first detailed account of the Smalltalk-80 system. It is an overview of the concepts and syntax of the programming language, and an annotated and illustrated specification of the system's functionality. The book gives an example of the design and implementation of a moderate-size application and a specification of the Smalltalk-80 virtual machine.

Smalltalk With Style
by E. Klimas, S. Skublics, D. A. Thomas - Prentice Hall
Bridging the gap between established software engineering principles and the real-world programming, this book presents guidelines for programming in the Smalltalk language that will result in source code that is clear and easy to understand.
(13283 views)

Inside Smalltalk
by W. R. Lalonde, J. R. Pugh - Prentice-Hall
An intro to the object-oriented programming language Smalltalk-80, with an emphasis on classes, subclassing, inheritance and message passing. The SmallTalk language is fully explained as well as the class library and programming environment.
(10814 views)