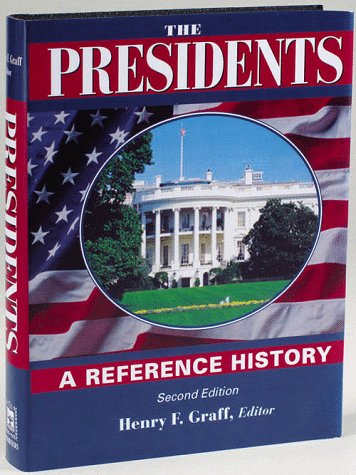 The Presidents: A Reference History
by Henry F. Graff

Description:
This a standard resource for students and the general public alike: United States presidents from George Washington to George W. Bush are profiled in depth. This is the story of the national political leadership of the country during the nearly two centuries since the creation of the office.

A Century of War
by John V. Denson - Ludwig Von Mises Institute
The book covers the history of America's large wars from 1860 through the Cold War, describing the 20th century as the bloodiest in all history. Denson recounts how the wars came about through a series of deceitful political ploys.
(16400 views)

Women of Influence
by Mark Betka, at al. - U. S. Department of State
Women of Influence: this collection chronicles how 21 notable American women broke new ground, some by championing equal rights for all and others by their accomplishments in fields such as government, literature, and even in war.
(10736 views)

In and out of the White House, from Washington to the Eisenhowers
by Ona Griffin Jeffries - W. Funk
Since the beginning of our history as a nation, Americans have had a very special interest in both the informal and the official social life of our capital. This book is an intimate glimpse into the social and domestic aspects of the Presidential life.
(15365 views)