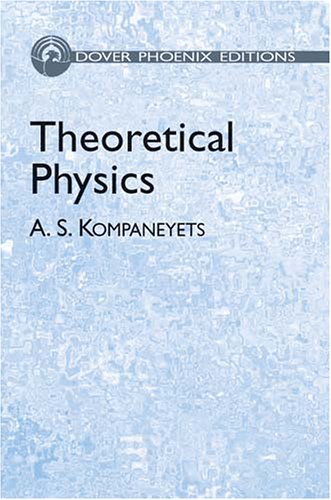 Theoretical Physics
by A. S. Kompaneyets

Physics Formulary
by Johan Wevers
This 108 pages document contains a lot of equations in physics. It is written at advanced undergraduate/postgraduate level. It is intended to be a short reference for anyone who works with physics and often needs to look up equations.
(26397 views)

Modelling Rationality... and Beyond the Physics
by Gh. C. Dinulescu-Campina - American Research Press
The author is convinced that the Platonic theory of reminiscence is not a mere speculation, and the meaning of the spirit of science is the expression of a natural phenomenon which in the sense of the MESER concept is called revelation.
(15587 views)

GRE Physics Test Practice Book
- Educational Testing Service
The test consists of approximately 100 five-choice questions, based on diagrams, experimental data, and descriptions of physical situations. Questions can be answered on the basis of a mastery of the first three years of undergraduate physics.
(17148 views)

The Nature of the Physical World
by Arthur S. Eddington - The Macmillan Company
Lectures that Eddington delivered in 1927. It treats the philosophical outcome of the great changes of scientific thought which had come about. The theory of relativity and the quantum theory led to strange new conceptions of the physical world.
(14392 views)