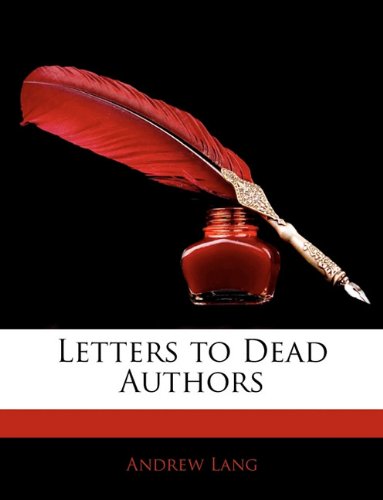 Description:
In this epistolary work, Lang has presented spoof letters that he wrote to various deceased authors. While he generously praises them for their genius and manner of expression, he also addresses the shortcomings of some of these authors. His power of literary appreciation and beauty of expression are evident from this work.

An Introduction to Shakespeare
by Durham, MacCracken, Pierce - The MacMillan Company
This volume presents what may be necessary for the majority of classes, as a background on which may be begun the study of the plays. Critical comment on individual plays may stimulate interest in other plays than those assigned for study.
(8570 views)

USA Literature in Brief
by Kathryn VanSpanckeren - U. S. Department of State
The book describes the contributions to American literature of some of the best-recognized American poets, novelists, philosophers and dramatists from pre-Colonial days through the present. Major literary figures are discussed in detail.
(9405 views)

Faulkner and Hemingway: Biography of a Literary Rivalry
by Joseph Fruscione - The Ohio State University Press
Fruscione examines the contentious relationship of two titans of American modernism. At times, each voiced a shared literary and professional respect; at other times, each thought himself the superior craftsman and spoke of the other disparagingly.
(3306 views)