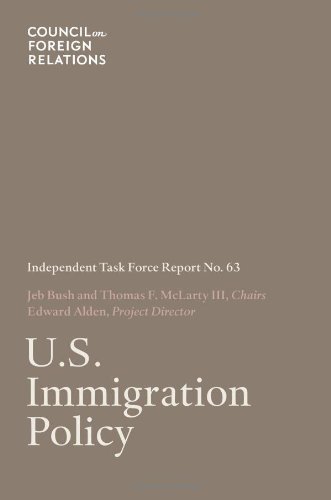 Description:
This report examines immigration into the United States in a foreign policy context. It broadens the debate by analyzing issues of economic competitiveness, terrorism and national security, human rights, and public diplomacy in the context of globalization. The report then offers recommendations for a twentyfirst-century immigration policy that serves U.S. economic, diplomatic, and national security interests.

The Meaning of Mandela
by Xolela Mangcu - Human Sciences Research Council
This lively, engaging and witty collection of lectures brings together the renowned African and African-American scholars - Cornel West, Henry Louis Gates Jr and Wole Soyinka - to reflect on the public meaning of the iconic Nelson Mandela.
(14111 views)

The Federal Mafia
by Irwin Schiff - Freedom Books
The Federal Mafia exposes every facet of the government's illegal enforcement of the income tax - and will convince you that Organized Crime in America begins with The Federal Government. The government doesn't want you to know what's in this book.
(18230 views)

Turning Points in Ending the Cold War
by Kiron K. Skinner - Hoover Institution Press
The authors examine the end of detente and the new phase of the cold war in the 1980s, Reagan's radical new strategies, the peaceful revolutions in Poland and Hungary, the reunification of Germany, contributions of Gorbachev and Yeltsin, and more.
(13968 views)

Why Scientists Disagree about Global Warming
by Craig Idso, Robert M. Carter, S. Fred Singer - Heartland Institute
A detailed analysis of one of the most controversial topics of the day. The authors make a compelling case against claims of a scientific consensus. Surveys of climate scientists find extensive disagreement on the underlying science ...
(4563 views)