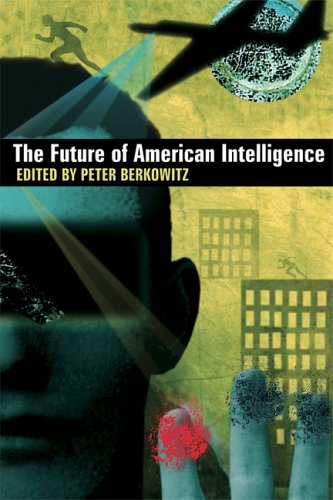 The Future of American Intelligence
by Peter Berkowitz

Description:
These essays from a diverse group of distinguished contributors deepen our understanding of the new national security threats posed by terrorism, by the proliferation of weapons of mass destruction, and by the spread of Islamic extremism. They examine the obstacles to making U.S. intelligence more capable and offer recommendations for effective reform.

The Dropping of the Atomic Bomb: Truman's True Intentions
by Dominick Abel Severance - Christendom College
Truman’s true intention was to use the destruction of a Japanese city to shock the world and manipulate the horror and destructive power of the bomb to create fear in the international community to ensure the security of American political interests.
(16090 views)

Corruption and Anti-Corruption
by Peter Larmour, Nick Wolanin - Asia Pacific Press
The book deals with the international dimensions of corruption, including campaigns to recover assets of former dictators, and the links between corruption, transnational and economic crime. It deals with corruption as an issue in political theory.
(9765 views)

Scientific Method of Elections
by Richard Lung - Smashwords
The sheer difficulty of genuine electoral reform is shown and explained. The defeat of democracy is also a defeat for science. Freedom and knowledge depend on each other. Therein is the remedy. I base voting method on logic of measurement...
(5571 views)