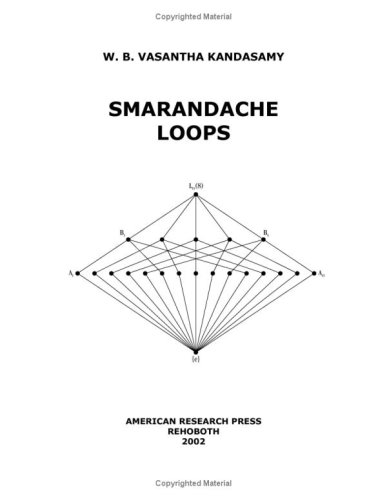 Description:
The purpose of this book entirely lies in the study, introduction and examination of the Smarandache loops based on a paper about Special Algebraic Structures by Florentin Smarandache. We expect the reader to have a good background in algebra and more specifically a strong foundation in loops and number theory.

Commutator Theory for Congruence Modular Varieties
by Ralph Freese, Ralph McKenzie - Cambridge University Press
This book presents the basic theory of commutators in congruence modular varieties and some of its strongest applications. The authors take an algebraic approach, using some of the shortcuts that Taylor and others have discovered.
(9030 views)

Algebraic Logic
by H. Andreka, I. Nemeti, I. Sain
Part I of the book studies algebras which are relevant to logic. Part II deals with the methodology of solving logic problems by (i) translating them to algebra, (ii) solving the algebraic problem, and (iii) translating the result back to logic.
(12644 views)

The Octonions
by John C. Baez - University of California
The octonions are the largest of the four normed division algebras. The author describes them and their relation to Clifford algebras and spinors, Bott periodicity, projective and Lorentzian geometry, Jordan algebras, and the exceptional Lie groups.
(15420 views)