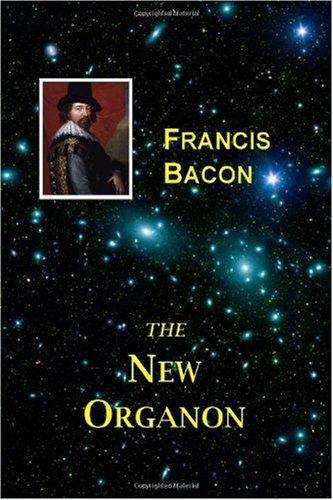 The New Organon
by Francis Bacon

Description:
Francis Bacon's New Organon, published in 1620, was revolutionary in its attempt to give formal philosophical shape to a new and rapidly emerging experimental science. It challenged the entire edifice of the philosophy and learning of Bacon's time, and left its mark on all subsequent discussions of scientific method.

Metaphysics
by Mark Pestana - InTech
This collection will give readers a sense of the type of metaphysical investigations that are now being carried out by thinkers in the Western nations. We also hope that the reader's curiosity will be peaked so that further inquiry will follow.
(7489 views)

Modelling Rationality... and Beyond the Physics
by Gh. C. Dinulescu-Campina - American Research Press
The author is convinced that the Platonic theory of reminiscence is not a mere speculation, and the meaning of the spirit of science is the expression of a natural phenomenon which in the sense of the MESER concept is called revelation.
(14373 views)

Natural Philosophy
by Wilhelm Ostwald - Henry Holt and Co.
This book is meant to serve as the first aid and guide in the acquisition of comprehensive notions of the external world and the inner life. It is meant to uphold the scientific method, which takes its problems from experience and for experience.
(5818 views)

Thinking and Killing: Philosophical Discourse in the Shadow of the Third Reich
by Alon Segev - De Gruyter
This book explores the phenomenon of the Third Reich from a philosophical perspective. It concentrates on how Nazi Germany, the Holocaust and Anti-Semitism are conceived by eight German thinkers, exploring the tension between ideology and philosophy.
(5124 views)