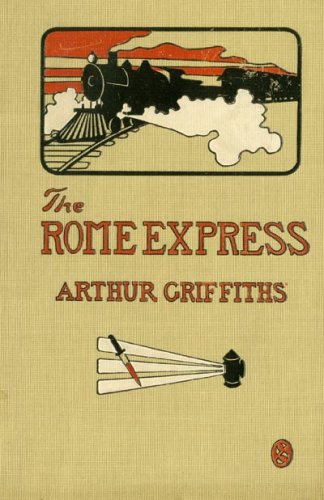 The Rome Express
by Arthur Griffiths

Description:
A mysterious murder on a flying express train, a wily Italian, a charming woman caught in the meshes of circumstantial evidence, a chivalrous Englishman, and a police force with a keen nose for the wrong clue, are the ingredients from which Major Griffiths has concocted a clever, up-to-date detective story. The book is bright and spirited, with rapid action, and consistent development which brings the story to a logical and dramatic ending.

Enigma
by Wolf Black - Smashwords
Dick Love is a 42-year-old detective from New York now living and working in London. And if given the choice he'd just as soon stay alive. He has a pregnant boxer relying on it. This mystery novel is a good old-fashioned read.
(6702 views)

The Mardi Gras Mystery
by Henry Bedford-Jones - Doubleday, Page & Company
This novel is an interesting mystery set in New Orleans at Mardi Gras involving a young woman, a young man, and an older man who are involved in a mystery of masques, burglary, a mysterious art theft, murder, fraud and illegal lotteries.
(4559 views)

Six Seconds of Darkness
by Octavus Roy Cohen - ManyBooks
Energetic sleuth David Carroll, whose probe into police corruption has made him unpopular at headquarters, is put in charge of an investigation into the murder of civic reformer Edward Hamilton - and the three people trying to confess to the crime!
(5879 views)

And Then There Were None
by Agatha Christie - St. Martin's Press
First there were ten -- a curious assortment of guests on a private island off the coast of Devon. Their host is nowhere to be found. For each has been marked for murder. One by one they fall prey. And only the dead are above suspicion ...
(2686 views)