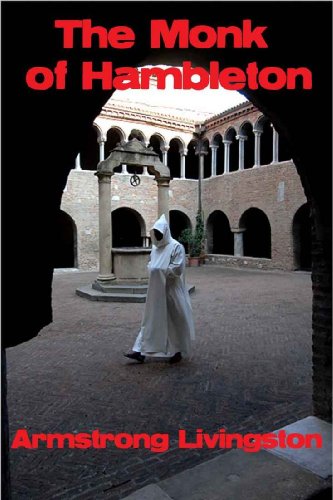 The Monk of Hambleton
by Armstrong Livingston

Description:
On the afternoon of a warm, late-summer day a number of men were loitering outside this door in various attitudes of leisure and repose. They were a sorry, unkempt lot, poorly clothed and unshaven, sullen of face and weary-eyed. When they moved it was languidly, when they spoke it was with brevity, in tired, toneless voices. All of them looked hungry and many of them were, for it was the end of the third week of their strike.

The Winning Clue
by James Hay - Grosset & Dunlap
When a woman's voice, pitched to the high note of utter terror, rang out on the late morning quiet of Manniston Road, Lawrence Bristow looked up from his newspaper vaguely, as if he doubted his own ears. He was reading an account of a murder...
(6057 views)

Architect of His Own Destruction
by Louis Shalako - Smashwords
Crime author Aldrich Tobias sits in La Prison Sante, awaiting the guillotine. He's been convicted of a series of sex-murders involving women. The President of the Republic has asked Detective-Sergeant Maintenon to take another look into the case.
(3573 views)

Yellow Eyes
by Sonya Lee - Smashwords
Katrina is awakened by noises in her apartment. She barely escapes before her apartment goes up in flames. When the fire departments arrive, they find a grizzly discovery. Now Katrina is on the run, trying to stay one step ahead of her stalker.
(5947 views)

The Stillwater Tragedy
by Thomas Bailey Aldrich - Project Gutenberg
This novel is believed to be the first in which a detective appears in English literature. The story is about a murder accusation. Aldrich writes in a straightforward, realistic style with stunningly majestic language. Full of suspense and thrill.
(6291 views)