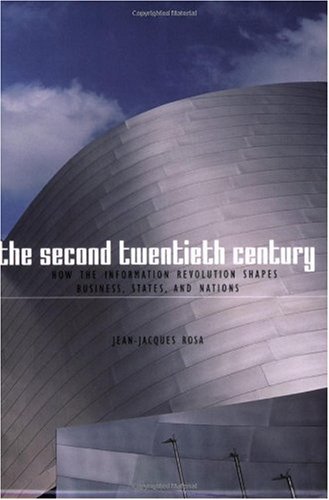 Description:
Jean-Jacques Rosa shows how the transformation in communication and information technology has led to the downfall of twentieth century political and corporate hierarchies and is a driving force behind today's democratic free-market trend.

On Civic Republicanism
by Geoffrey Kellow, Neven Leddy - University of Toronto Press
A testament to the continuing influence of the concept and the ongoing scholarly debate which surrounds it, 'On Civic Republicanism' addresses fundamental questions regarding democratic participation, liberal democracy, and the public good.
(4503 views)

Constitutional Fundamentals
by H.W.R. Wade - Stevens & Sons
The book addresses some of the key issues facing the British Constitution, such as fair representation of the electorate in Parliament, the problem of entrenching a Bill of Rights and the use of the powers of the Executive and Judiciary.
(7867 views)

Democracy in Brief
by George Clack - U.S. Department of State
A concise account of the intellectual origins, history, and basic values of democratic systems of government. The book covers rights and responsibilities of citizens, free and fair elections, the rule of law, the role of a written constitution, etc.
(12418 views)