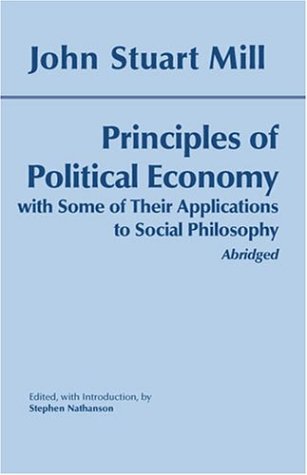 Description:
Mill's first major work in moral and political philosophy provides a challenging, sometimes surprising account of Mill's views on many important topics: socialism, population, the status of women, the cultural bases of economic productivity, the causes and possible cures of poverty, the nature of property rights, taxation, and the legitimate functions of government.

Abuses
by Alphonso Lingis - University of California Press
Philosophical work and a travel documentary from Third World countries. It explores the fundamental principles of Continental philosophy, describing the cultures he visits, and the horrific conditions that people in these cultures must endure.
(13442 views)

Thinking and Killing: Philosophical Discourse in the Shadow of the Third Reich
by Alon Segev - De Gruyter
This book explores the phenomenon of the Third Reich from a philosophical perspective. It concentrates on how Nazi Germany, the Holocaust and Anti-Semitism are conceived by eight German thinkers, exploring the tension between ideology and philosophy.
(5773 views)

Modelling Rationality... and Beyond the Physics
by Gh. C. Dinulescu-Campina - American Research Press
The author is convinced that the Platonic theory of reminiscence is not a mere speculation, and the meaning of the spirit of science is the expression of a natural phenomenon which in the sense of the MESER concept is called revelation.
(15132 views)

The New Organon
by Francis Bacon - Collier
This work was revolutionary in its attempt to give formal philosophical shape to emerging experimental science. It challenged the entire edifice of the philosophy of Bacon's time, and left its mark on all subsequent discussions of scientific method.
(11246 views)