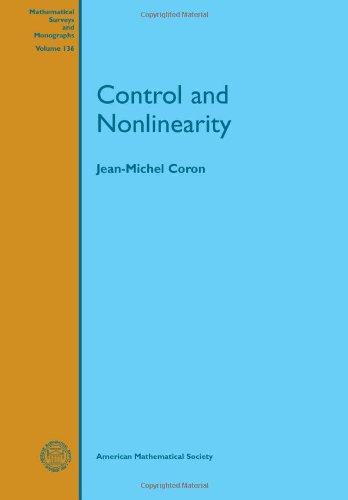 Control and Nonlinearity
by Jean-Michel Coron

Description:
This book presents methods to study the controllability and the stabilization of nonlinear control systems in finite and infinite dimensions. The emphasis is put on specific phenomena due to nonlinearities. In particular, many examples are given where nonlinearities turn out to be essential to get controllability or stabilization. Various methods are presented to study the controllability or to construct stabilizing feedback laws. The power of these methods is illustrated by numerous examples coming from such areas as celestial mechanics, fluid mechanics, and quantum mechanics.

PID Control: Implementation and Tuning
by Tamer Mansour - InTech
The PID controller is considered the most widely used controller. It has numerous applications varying from industrial to home appliances. This book is an outcome of contributions and inspirations from many researchers in the field of PID control.
(10207 views)

Control Systems
by Andrew Whitworth - Wikibooks
An inter-disciplinary engineering text that analyzes the effects and interactions of mathematical systems. This book is for third and fourth year undergraduates in an engineering program. It considers both classical and modern control methods.
(22033 views)