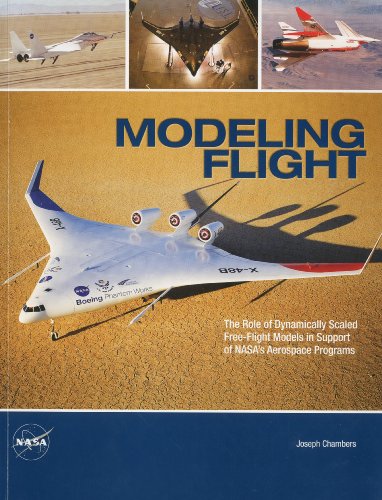 Description:
NASA has made many contributions to a broad range of aircraft including general aviation, fighters, civil transports, lifting bodies, reentry capsules, parawing vehicles, and supersonic transports. This book describes the issues that must be considered when transferring subscale results to full-scale application, and reviews results obtained in historically significant aircraft programs.

Basics of Space Flight
by Dave Doody - NASA
This tutorial is designed to help operations people identify the range of concepts associated with deep space missions, and grasp the relationships among them. It also enjoys popularity with people interested in interplanetary space flight.
(22997 views)

Introduction to the Aerodynamics of Flight
by Theodore A. Talay - NASA History Division
This book is an introductory course in aerodynamics. It provides more than a layman's treatment of the subject but not the detail as taught in many individual courses on the college level. The result is a highly qualitative, illustrated set of notes.
(14864 views)

Quest for Performance: The Evolution of Modern Aircraft
by Laurence K. Loftin, Jr. - United States Government Printing
This volume traces the technical development of the airplane from a curiosity at the beginning of World War I to the highly useful machine of today. Included are significant aircraft that incorporated important technical innovations.
(14912 views)

The Apollo Spacecraft: A Chronology
by Ivan D. Ertel, at al. - NASA
The chronology of the Apollo spacecraft and the lunar mission provides documented information covering a wide range of happenings directly and indirectly related to the program. Written for historians and others interested in the great adventure.
(15535 views)