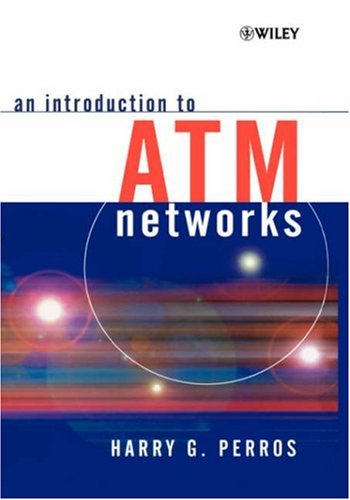 An Introduction to ATM Networks
by Harry G. Perros

Description:
Asynchronous Transfer Mode (ATM) has revolutionized telecommunications, and has become an integral part of the networking infrastructure. This introductory well-structured text on ATM networks describes their development, architecture, congestion control, deployment, and signaling in an intuitive, accessible way. It covers extensive background information and includes exercises that support the explanations throughout the book.

Alternative DNS Servers
by Jan-Piet Mens - UIT Cambridge Ltd.
Providing a complete survey of DNS servers, this reference outlines the most suitable types of servers for varying scenarios. Addressing performance and security issues, this resource describes in detail the ideal scenarios for each server.
(9040 views)

Secrets of Network Cartography: A Comprehensive Guide to Nmap
by James Messer - NetworkUptime.com
Different Nmap scans are profiled, with advantages, disadvantages, and usage guidelines for each one. Real world Nmap scenarios are presented from the perspective of the enterprise security manager, including spyware remnant identification.
(10559 views)

Atlas of Cyberspace
by Martin Dodge, Rob Kitchin - Pearson Education
The authors show off a wide range of possibilities in representing the data existing on the Internet. Since so many of these models were created to display never-before-charted territories, the book is largely devoted to analyzing their accuracy.
(12484 views)