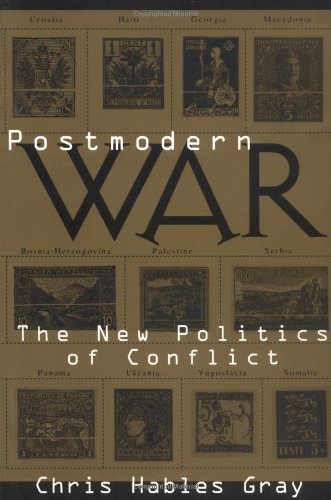 Description:
From Operation Desert Storm to the conflict in Bosnia, computerization and other scientific advances have brought about a revolution in warfare. This book shows how our high-tech age has spawned both increasingly powerful weapons and a rhetoric that disguises their apocalyptic potential in catch phrases like 'smart weapons,' 'cyberwar,' and 'bloodless combat.'

Anti-Americanism in Europe: A Cultural Problem
by Russell A. Berman - Hoover Institution Press
Berman explores the various dimensions of contemporary European anti-Americanism. He shows how, as the process of the European unification has progressed, anti-Americanism has proven a useful ideology for the definition of a new European identity.
(8379 views)

NATO Enlargement: Illusions and Reality
by Ted Galen Carpenter (ed.) - Cato Institute
NATO has been an alliance without a mission since the end of the Cold War. NATO enlargement reflects a failure on the part of policy makers to recognize new strategic realities -- and that failure could have dangerous unintended consequences.
(5165 views)

Australia Under Construction
by John Butcher - ANU E Press
The Australian nation is a work in progress, concluded the authors of this monograph. They reflect on these, and other themes from a variety of perspectives. A stimulating read for anyone interested in the history and prospects of Australia.
(9368 views)

The Gravest Danger: Nuclear Weapons
by Sidney D. Drell, James E. Goodby - Hoover Institution Press
The authors review the main policy issues surrounding nonproliferation of nuclear weapons. They address the specific actions that the community of nations should take to confront and turn back the nuclear danger that imperils humanity.
(8504 views)