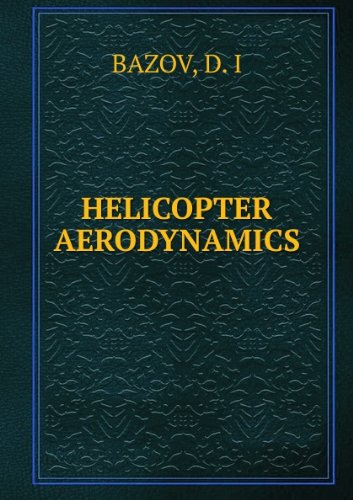 Helicopter Aerodynamics
by D. I. Bazov

Aircraft Weight and Balance Handbook
- Federal Aviation Administration
Weight and balance, two of the most important factors affecting flight safety, are thoroughly discussed in this handbook. Indispensable for those responsible for aircraft weight distribution - the engineers, designers, and pilots.
(11257 views)

The Apollo Spacecraft: A Chronology
by Ivan D. Ertel, at al. - NASA
The chronology of the Apollo spacecraft and the lunar mission provides documented information covering a wide range of happenings directly and indirectly related to the program. Written for historians and others interested in the great adventure.
(13868 views)

Beyond Horizons: A Half Century of Air Force Space Leadership
by David N. Spires - AU Press
This book tells the story of the origins and development of the United States Air Force's space program from its earliest beginnings in the post Second World War period to its emergence as a critical operational presence in the Persian Gulf War.
(11572 views)

Quest for Performance: The Evolution of Modern Aircraft
by Laurence K. Loftin, Jr. - United States Government Printing
This volume traces the technical development of the airplane from a curiosity at the beginning of World War I to the highly useful machine of today. Included are significant aircraft that incorporated important technical innovations.
(12393 views)