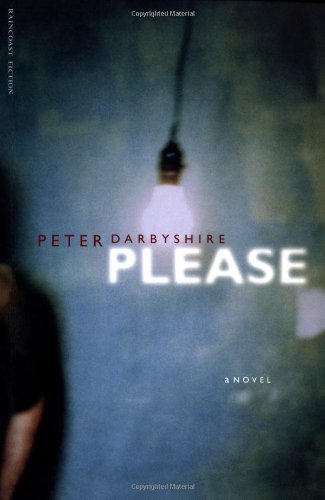 Description:
In short, sharp episodes, Please chronicles the life of a young man who drifts through a hallucinatory urban world filled with celebrity wannabes, addictive relationships and jobs that demand he become someone else. The only thing he cares about is finding his ex-wife, who seems to exist only in his memories now.

LA 3-Way
by Ben Borland - Smashwords
A comedy crime caper about the intertwining lives of a British pop star in Hollywood and an ordinary young man in Scotland who looks just like him. The pop star's attempt to atone for his wife's death leads him into deadly territory...
(7324 views)

Renegade Robot
by Tom Lichtenberg - Smashwords
It's the end of the world as we know it when a renegade robot leads the Frantic News Network and a powerful Christian sex cult to collide in a fiery orgasmic freak out, a Singularity event most fitting for these times of constant hysteria.
(10981 views)

Trapdoor
by Vixen Phillips - Feedbooks
Set in Melbourne in the late 90s, Trapdoor is a psychological journey through darkness and light -- a story of love, obsession and beautiful self-destruction. Sometimes, if you wish hard enough, dreams can come true ...
(9115 views)

Mad Boys
by Ernest Hebert - University Press of New England
A darkly comic novel of a boy's picaresque adventure through a surreal American landscape. Hebert offers a satiric road story of a 13-year-old's journey through an America where image has replaced substance, and appearance has become reality.
(7663 views)