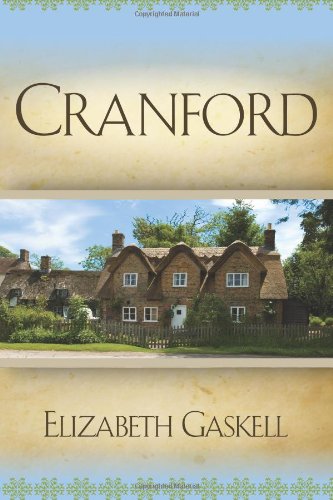 Description:
Mary Smith and her friends live in Cranford, a town predominantly inhabited by women. The return of a long-lost brother named Peter is the most dramatic event to occur over the course of the sixteen tales that comprise the novel. Elizabeth Gaskell's Cranford is an ironic portrayal of female life in a secluded English village.

North and South
by Elizabeth Gaskell - Walter Scott
North and South is Gaskell's 1854 novel that contrasts the different ways of life in the two respective regions of England. With important underlying social themes, it stands out as one of the greatest novels in the history of English literature.
(11091 views)

The Life of Charlotte Bronte
by Elizabeth Gaskell - Smith, Elder & Co.
Elizabeth Gaskell's biography of her close friend recounts Charlotte Bronte's life from her childhood, through her years as a writer who had 'foreseen the single life' for herself, to her marriage at thirty-eight and death less than a year later.
(12793 views)

Sylvia's Lovers
by Elizabeth Gaskell
A moving novel of a young woman caught between the attractions of two very different men, Sylvia's Lovers is set in the 1790s in an English seaside town. England is at war with France, and press-gangs wreak havoc by seizing young men for service.
(5093 views)

Ruth
by Elizabeth Gaskell - Chapman and Hall
The book is a social novel, dealing with Victorian views about sin and illegitimacy. Ruth goes on to gain a respectable position in society as a governess, and the novel looks at whether the sinful can be reintegrated into society.
(5967 views)