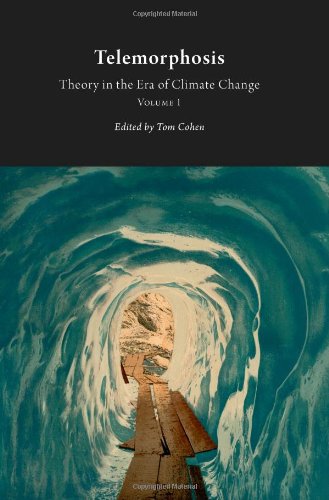 Telemorphosis: Theory in the Era of Climate Change
by Tom Cohen (ed.)

Description:
This volume gathers notable critics and philosophers to engage the predominant impasse of an emerging era of climate change and ecocatastrophic acceleration: that is, how to conceptual and critical practices inherited from 20th century master-thinkers -- who took no account of these emergences and logics -- alter, adapt, mutate, or undergo translation at the current moment.

Metaphysics
by Mark Pestana - InTech
This collection will give readers a sense of the type of metaphysical investigations that are now being carried out by thinkers in the Western nations. We also hope that the reader's curiosity will be peaked so that further inquiry will follow.
(7489 views)

On Liberty
by John Stuart Mill - The Walter Scott Publishing Co.
This book is widely considered to be one of the top philosophical books of all time. This great classic which advocates for moral and economic freedom will surely attract a whole new generation of John Stuart Mill readers.
(13123 views)

Thinking and Killing: Philosophical Discourse in the Shadow of the Third Reich
by Alon Segev - De Gruyter
This book explores the phenomenon of the Third Reich from a philosophical perspective. It concentrates on how Nazi Germany, the Holocaust and Anti-Semitism are conceived by eight German thinkers, exploring the tension between ideology and philosophy.
(5124 views)

The New Organon
by Francis Bacon - Collier
This work was revolutionary in its attempt to give formal philosophical shape to emerging experimental science. It challenged the entire edifice of the philosophy of Bacon's time, and left its mark on all subsequent discussions of scientific method.
(10401 views)