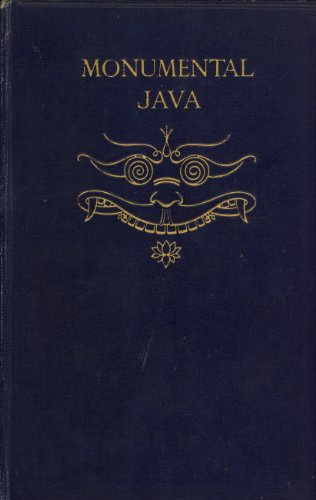 Description:
Java's ancient monuments are eloquent evidence of that innate consciousness of something beyond earthly existence which moves men to propitiate the principle of life by sacrifice in temples as gloriously divine as mortal hand can raise...

Among the Himalayas
by L.A. Waddell - A. Constable & Co.
During the past fourteen years I have traversed portions of this region nearly every year, sketching, shooting, collecting, and especially exploring the customs of the people on the frontiers of Tibet, and of Nepal - the land of the warlike Goorkhas.
(5363 views)

Altai-Himalaya: A Travel Diary
by Nicholas Roerich - Nicholas Roerich Museum
Nicholas Roerich kept a diary of his travels by yak and camel through a remote region still largely unknown today. He chronicles his expedition through Sinkiang, Altai-Mongolia and Tibet from 1924 to 1928 in twelve exciting chapters.
(4428 views)

The Travels of Marco Polo
by Marco Polo - J.M. Dent
One of the greatest books of all time -- a vast treasury of invaluable observations on the peoples and geography of the Near East and Asia in the 13th century. Detailed descriptions of cities, customs, laws, crops, animals, political systems, etc.
(5156 views)

Modern India
by William Eleroy Curtis - Fleming H. Revell Co.
A series of letters written during the winter of 1903-04: The Eye of India; The City of Bombay; Servants, Hotels, and Cave Temples; The Empire of India; Two Hindu Weddings; The Religions of India; How India Is Governed; The Railways of India; etc.
(30741 views)