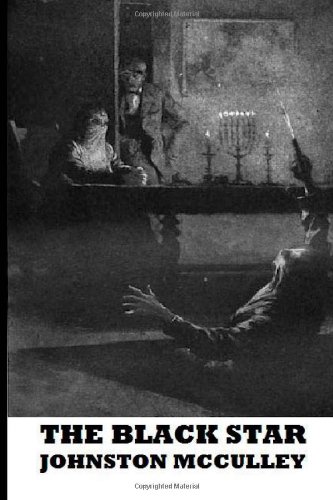 The Black Star
by Johnston McCulley

Description:
Roger Verbeck-Flagellum and Muggs, a millionaire bachelor and his ex-thug partner pursue a criminal mastermind known as the Black Star, a criminal with no Robin Hoodish tendencies but with great organizational skills and considerable panache.

The Defective Detective: The Curious Case of the Kilchester Courier
by Adam Maxwell - Feedbooks
Chasing a parcel delivered to a neighbour, Clint is sucked into a remarkably civilised but mildly deranged crime scene. There he encounters almost-blackmail, probable-sex scandals, genuine-imposters and the very real theft of something important.
(5861 views)

Concrete Underground
by Moxie Mezcal - ManyBooks
A murder mystery about identity and alienation in the digital age. An idealistic journalist sets out to expose corruption among the city's elite and soon finds himself immersed in a conspiracy of murder, blackmail, espionage, and human trafficking.
(5237 views)

When Thief Meets Thief
by Harry Stephen Keeler - ManyBooks
Tillary Steevens, novelist, stole the plots of all the stories that brought him fame. Jerry Hammond, rightful owner of the said plots, was driven by fate to making a living as a cracksman, after he had undergone a bewildering series of adventures.
(5906 views)

The Amateur Cracksman
by E. W. Hornung - Charles Scribner's Sons
The first in a series of books of the anti-hero, Raffles, a gentleman and a cricket player, who supports himself by carrying out ingenious burglaries. Told a la Sherlock Holmes stories, by Raffles' friend, with a good sense of humor.
(5711 views)