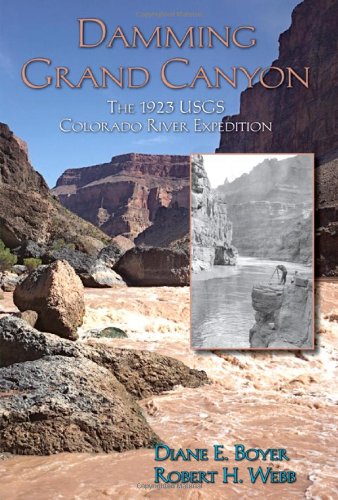 Description:
In 1923, America paid close attention, via special radio broadcasts, newspaper headlines, and cover stories in popular magazines, as a government party descended the Colorado to survey Grand Canyon. Led by Claude Birdseye and including colorful characters such as early river-runner Emery Kolb, popular writer Lewis Freeman, and hydraulic engineer Eugene La Rue, the expedition not only made the first accurate survey of the river gorge but sought to decide the canyon's fate. The primary goal was to determine the best places to dam the Grand.

Earthquakes, Tsunamis and Nuclear Risks
by Katsuhiro Kamae (ed.) - Springer
This book covers seismic probabilistic risk assessment and related studies which have become more important to increase the safety of nuclear facilities against earthquakes and tsunamis in the face of many uncertainties after the Fukushima accident.
(3680 views)

CK-12 Earth Science
- CK-12 Foundation
This is an introductory textbook on Earth Science. Earth Science covers the study of Earth - its minerals and energy resources, processes inside and on its surface, its past, water, weather and climate, environment and human actions, and astronomy.
(11178 views)

Global Land Vegetation
- NASA
This ebook provides current scientific information on how scientists study and monitor vegetation on Earth's surface. The text is designed to support a series of exercises illustrating how satellite data can be used to monitor vegetation dynamics.
(12210 views)