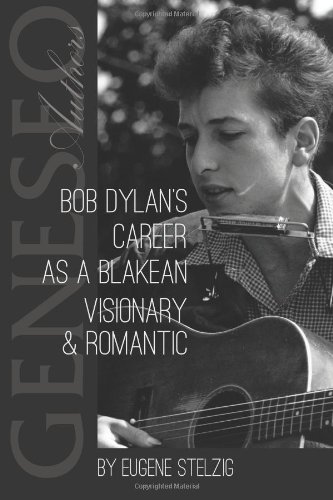 Description:
This discussion - written almost four decades ago - of the deep affinities between Dylan's song poetry and the Romantics, especially William Blake, is one of the early 'scholarly' as opposed to popular appreciations of Dylan's art and his oeuvre from his first album up to and including Desire (1976).

Charles Dickens: A Critical Study
by George Gissing - Dodd, Mead and company
The first piece of thorough criticism of Charles Dickens and his works. Published when Dickens' literary reputation was at its lowest ebb, it helped to instigate a revival of appreciation for the novelist which has continued unabated ever since ...
(3317 views)

Mysticism in English Literature
by Caroline F. E. Spurgeon - Cambridge University Press
Author restrict herself to a discussion of that philosophical type of mysticism which concerns itself with questions of ultimate reality. The aim of the book is to consider this subject in connection with great English writers.
(12667 views)

USA Literature in Brief
by Kathryn VanSpanckeren - U. S. Department of State
The book describes the contributions to American literature of some of the best-recognized American poets, novelists, philosophers and dramatists from pre-Colonial days through the present. Major literary figures are discussed in detail.
(8146 views)