wxMaxima for Calculus I and II
by Zachary Hannan , 2015
These books introduce the free computer algebra system wxMaxima in the context of single variable calculus. Each book can serve as a lab manual for a one-unit semester calculus lab, a source of supplemental CAS exercises or a tutorial reference.
(3912 views)

Mathematica Programming: An Advanced Introduction
by Leonid Shifrin - mathprogramming-intro.org , 2009
When writing this book I had in mind people who want to understand Mathematica programming, and particularly those users who would like to make a transition from a user to a programmer, or perhaps those who already have some limited experience.
(6700 views)

Octave Programming Tutorial
by Henri Amuasi - Wikibooks , 2012
Octave is a high-level language, primarily intended for numerical computations. The purpose of this collection of tutorials is to get you through most (and eventually all) of the available Octave functionality from a basic level.
(6858 views)

Maple
by Alain Le Stang - Wikibooks , 2012
Maple is a computer algebra system offering many possibilities for math problems. Users can enter mathematics in traditional mathematical notation. This book aims to give all tools needed to be autonomous with this software.
(6260 views)

LAPACK Users' Guide
by E. Anderson, et al. , 1999
LAPACK is a library of numerical linear algebra subroutines designed for high performance. The book provides an introduction to the design of the LAPACK package, a detailed description of its contents, reference manuals, and example programs.
(6588 views)

AMPL: A Modeling Language for Mathematical Programming
by R. Fourer, D.M. Gay, B.W. Kernighan - Duxbury Press , 2002
AMPL is a language for large-scale optimization and mathematical programming problems in production, distribution, blending, scheduling, and many other applications. This book is a complete guide for modelers at all levels of experience.
(12414 views)

Using SPSS and PASW
by Caitlin McGrath, et al. - Wikibooks , 2011
SPSS is a software program widely used in the social sciences. This book is a rudimentary introduction to the use of SPSS for basic statistical analysis. The book is written with a focus on social scientific analysis in mind, particularly Sociology.
(7646 views)

SPSS: Stats Practically Short and Simple
by Sidney Tyrrell - BookBoon , 2009
This textbook is for people who want to know how to use SPSS for analyzing data. The author has considerable experience of teaching many such people and assumes they know the basics of statistics but nothing about SPSS, or as it is now known, PASW.
(12828 views)

Modeling with Data: Tools and Techniques for Scientific Computing
by Ben Klemens - Princeton University Press , 2009
The author explains how to execute computationally intensive analysis on large data sets, showing how to determine the best methods. The book will interest researchers and graduates in the social sciences, engineering, economics, and mathematics.
(14441 views)

The Mathematica Book
by Stephen Wolfram - Wolfram Media , 2003
A tutorial and a definitive reference for Mathematica users, it covers all aspects of Mathematica. An essential resource for all users, from beginners to experts, providing the internet community full access to its encyclopedic knowledge base.
(15662 views) 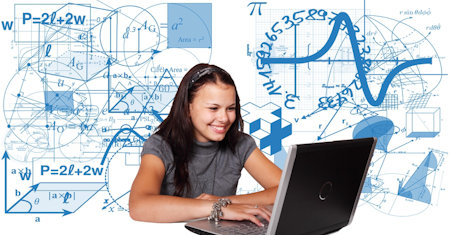