Genetic Algorithms and Evolutionary Computation
by Adam Marczyk - The TalkOrigins Archive , 2004
Creationists argue that evolutionary processes cannot create new information, or that evolution has no practical benefits. This article disproves those claims by describing the explosive growth and widespread applications of genetic algorithms.
(7566 views)

Genetic Programming: New Approaches and Successful Applications
by Sebastian Ventura (ed.) - InTech , 2012
Genetic programming (GP) is a branch of Evolutionary Computing that aims the automatic discovery of programs to solve a given problem. Since its appearance, in the earliest nineties, GP has become one of the most promising paradigms ...
(7538 views)

Evolved to Win
by Moshe Sipper - Lulu.com , 2011
Moshe Sipper and his group have produced a plethora of award-winning results, in numerous games of diverse natures, evidencing the efficiency of evolutionary algorithms in general at producing top-notch, human-competitive game strategies.
(7282 views)

Evolutionary Algorithms
by Eisuke Kita - InTech , 2011
Evolutionary algorithms are successively applied to wide optimization problems in the engineering, marketing, operations research, and social science, such as include scheduling, genetics, material selection, structural design and so on.
(8840 views)

A Field Guide to Genetic Programming
by R. Poli, W. B. Langdon, N. F. McPhee - Lulu.com , 2008
This book is an introduction to genetic programming GP is a systematic method for getting computers to solve problems automatically starting from a high-level statement of what needs to be done. GP has generated lots of results and applications.
(13782 views)

Advances in Evolutionary Algorithms
by Witold Kosinski - InTech , 2008
With the recent trends towards massive data sets and significant computational power, evolutionary computation is becoming much more relevant to practice. The book presents recent improvements, ideas and concepts in a part of a huge EA field.
(13452 views) 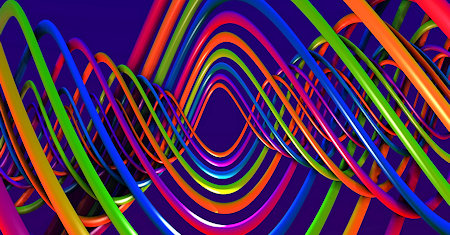