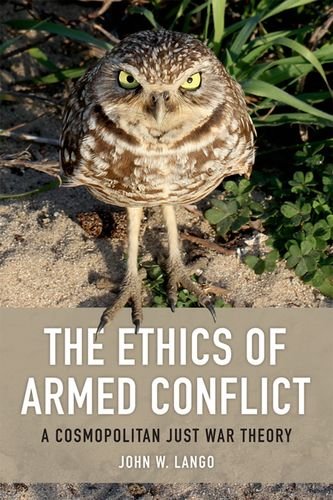 Description:
Just war theory exists to stop armies and countries from using armed force without good cause. But how can we judge whether a war is just? In this original book, John W. Lango takes some distinctive approaches to the ethics of armed conflict.

NATO's Empty Victory: A Postmortem on the Balkan War
by Ted Galen Carpenter, Barbara Conry - Cato Institute
This book is a searing indictment of the policies pursued by the United States and its allies. It also warns of the likely consequences -- including prospects for more Kosovo-style interventions -- if those policies are not repudiated.
(2849 views)

Battle of the Bismarck Sea
by Gregory P Gilbert - Royal Australian Air Force
The book details and analyses the planning and preparation of both Allied and Japanese forces leading up to the battle, description of the battle itself and discussion of the aftermath, including stunning photographs taken during the fighting.
(6003 views)

The Story of the British Army
by C. Cooper King - Methuen & Co.
I have endeavoured in the space at my disposal to show how the British Army has grown up. I have tried merely to tell a 'story', and therefore omitted much that might have been said regarding the noble work the Queen's Army has done.
(3500 views)