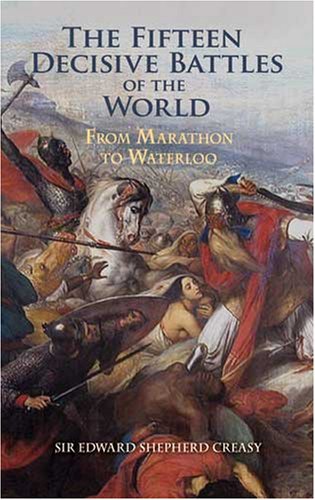 Decisive Battles of the World
by Edward Shepherd Creasy

Description:
Fifteen Decisive Battles of the World from Marathon to Waterloo is a famous book which is not merely lodged in libraries, but is read and re-read. It is not only an authority, but the stories the writer tells are as interesting in narrative as human struggle is itself interesting, while his deductions as to the effects are as profound as philosophy and as sound as fact-entrenched truth.

The History of the Conquest of Peru
by William Hickling Prescott - J. B. Lippincott
This volume is a vivid chronicle of Spanish exploits in the New World. The book's commanding vision of Pizarro's tumultuous overthrow of the Inca empire has secured its reputation as a classic in the literature of Latin American history.
(10125 views)

United Nations History
- Wikibooks
On January 1, 1942, representatives of 26 nations at war with the Axis powers met in Washington to sign the Declaration of the United Nations endorsing the Atlantic Charter, pledging to use their resources and agreeing not to make a separate peace.
(9803 views)