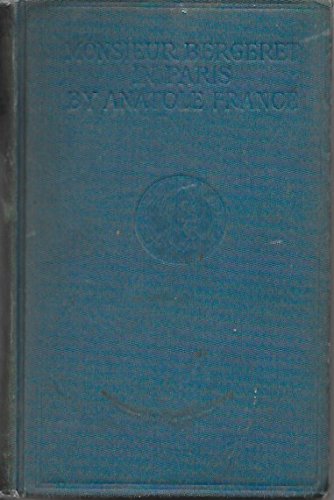 Description:
This novel was an autobiographical tale in which the hero, Monsieur Bergeret, a thoughtful man of letters who had formerly held himself aloof from political strife, was drawn onto the public stage because of the Dreyfus Affair, just as Anatole France had been.

The Crime of Sylvestre Bonnard
by Anatole France
Sylvestre Bonnard is a historian and philologist, gifted with great erudition. He launches himself into the research of the precious manuscript of the French version of the Golden Legend. By chance he meets a young girl named Jeanne ...
(1884 views)

Penguin Island
by Anatole France - Modern Library
Anatole France spares no one in this satire about the life and death of the Penguin empire. Describing the founding and subsequent fall of the empire, this story pokes fun at the Church, military, courts and every political movement known to man.
(5680 views)

The Revolt of the Angels
by Anatole France - Dodd, Mead and Company
Beneath the shadow of St. Sulpice the ancient mansion of the d'Esparvieu family rears its austere three stories between a moss-grown fore-court and a garden hemmed in, as the years have elapsed, by ever loftier and more intrusive buildings.
(5597 views)