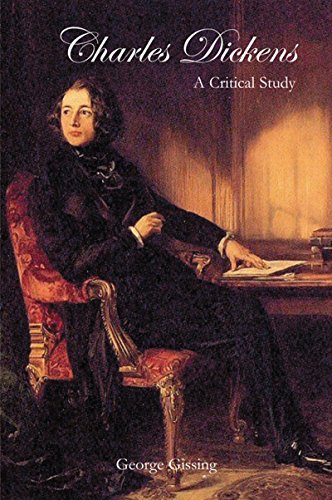 Description:
When this study first appeared in 1898 it was praised as the first piece of thorough and level-headed criticism of Charles Dickens and his works. Published at a time when Dickens' literary reputation was at its lowest ebb, it helped to instigate a revival of appreciation for the novelist which has continued unabated ever since.

Literature, the Humanities, and Humanity
by Theodore L. Steinberg - Open SUNY Textbooks
The book attempts to make the study of literature more than simply another school subject that students have to take. At a time when all subjects seem to be valued only for their testability, this book tries to show the value of studying literature.
(5131 views)

USA Literature in Brief
by Kathryn VanSpanckeren - U. S. Department of State
The book describes the contributions to American literature of some of the best-recognized American poets, novelists, philosophers and dramatists from pre-Colonial days through the present. Major literary figures are discussed in detail.
(8812 views)

Mysticism in English Literature
by Caroline F. E. Spurgeon - Cambridge University Press
Author restrict herself to a discussion of that philosophical type of mysticism which concerns itself with questions of ultimate reality. The aim of the book is to consider this subject in connection with great English writers.
(13616 views)

English Literature
by William J. Long - Ginn and Co
The history of English literature from Anglo-Saxon times to the close of the Victorian Era. The book should encourage the desire to read the best books, to interpret literature historically, and show the steady development of our literature.
(22638 views)