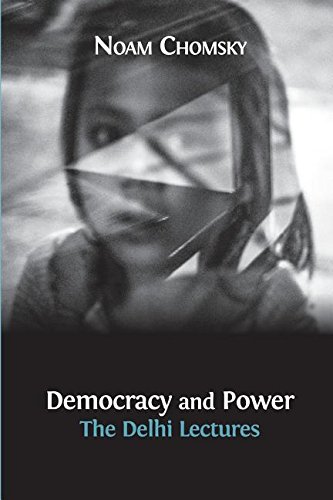 Democracy and Power: The Delhi Lectures
by Noam Chomsky

Description:
Chomsky's early insights into the workings of power in the modern world remain timely and compelling. Published for the first time, this series of lectures also provides the reader with an invaluable introduction to the essential ideas of one of the leading thinkers of our time.

21st Century American Government and Politics
by David Paletz, Diana Owen, Timothy Cook
The text is a comprehensive introduction to the vital subject of American government and politics. It introduces the intricacies of the Constitution, the complexities of federalism, the meanings of civil liberties and the conflicts over civil rights.
(4729 views)

Power and Market: Government and the Economy
by Murray Rothbard - Von Mises Institute
This is ultimate manual for completely de-mystifying the myth of the state. The book will inoculate the reader against the even the slightest temptation to invoke the state as a solution to any social or economic problem.
(16082 views)

Elements of Political Communication
- Wikibooks
This style guide is an introductory wiki-book for beginners who want to produce political messages in various media formats. It is not a rule book; rather, it is a set of guidelines to facilitate effective political communication.
(8075 views)