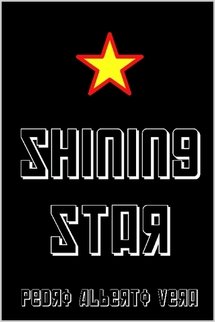 Description:
Shining Star, a Novel of Puerto Rican Independence
Puerto Rico, or Borikén, as its indigenous tribes used to call it, was "discovered" by Christopher Columbus on his second trip to the Americas, on November 19, 1493. Over the next 512 years the island saw an unending series of colonial governments, and there was always an excuse to avoid granting the island complete self-rule.

Don Quixote
by Miguel De Cervantes - J. W. Clark
The story of Don Quixote de la Mancha, a country gentleman who has read so many stories of chivalry that he descends into fantasy and becomes convinced he is a knight-errant. Together with his squire Sancho Panza he sets out in search of adventure.
(15299 views)

The Decameron
by Giovanni Boccaccio
Set against the background of the Black Death of 1348, the hundred linked tales in Boccaccio's masterpiece are peopled by nobles, knights, doctors, students, artists, peasants, servants, thieves, gamblers, lovers, both faithful and faithless.
(13057 views)

Resurrection
by Leo Tolstoy - Francis Riddell Henderson
The story of a nobleman's attempt to redeem himself for the suffering his youthful philandering caused a peasant girl. Tolstoy's vision of redemption achieved through loving forgiveness, and his condemnation of violence dominate the novel.
(12577 views)