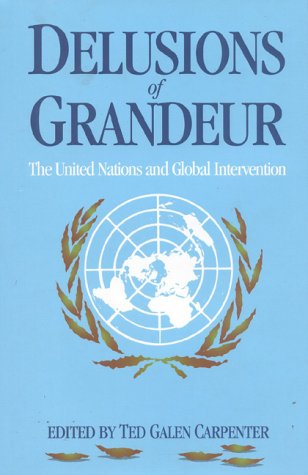 Description:
The authors assess the UN's performance on a wide range of issues, offering both cautious hope for the organization's potential as a modest diplomatic forum and a cautionary tale to those who contemplate entrusting the organization with an overly ambitious political, economic, and security agenda.

Beyond the Status Quo: Policy Proposals for America
by Edward H. Crane, David Boaz (eds) - Cato Institute
Thirteen prominent analysts step back from the day-to-day Washington debates to gain a broader perspective. They offer a wide range of proposals for moving public policy beyond the status quo. Authors discuss on a broad range of political issues.
(3506 views)

21st Century Revolution
by Dr Stuart Jeanne Bramhall - Smashwords
A collection of published essays on undertaking political change. This is a second edition of Revolutionary Change, which was out of date two weeks after being published on August 30, 2011 - with the launch of Occupy Wall Street in Zuccotti Square.
(7768 views)

The Nuclear Seduction
by William A. Schwartz, Charles Derber - University of California Press
This study challenges assumptions of the post-Cold War period that previous dangers concerning the arms race and nuclear war will fade into obscurity. It contends that today's nuclear problems are based upon interventions by the USA and its allies.
(8393 views)