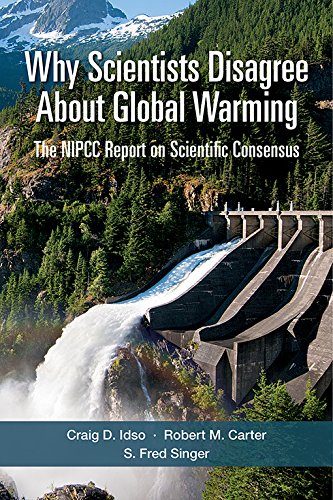 Description:
A detailed analysis of one of the most controversial topics of the day. The authors make a compelling case against claims of a scientific consensus. Surveys of climate scientists, even those heavily biased in favor of climate alarmism, find extensive disagreement on the underlying science and doubts about its reliability.

21st Century Revolution
by Dr Stuart Jeanne Bramhall - Smashwords
A collection of published essays on undertaking political change. This is a second edition of Revolutionary Change, which was out of date two weeks after being published on August 30, 2011 - with the launch of Occupy Wall Street in Zuccotti Square.
(6664 views)

Hating America: A History
by Barry Rubin - Smashwords
It seems that the United States of America has rarely been less esteemed in the eyes of the world. Barry Rubin and Judith Colp Rubin here draw on sources from a wide range of countries to track the entire trajectory of anti-Americanism.
(6097 views)

Vote Your Ass Off
by Bradley Bright - Smashwords
This is a humorous, tongue-in-cheek, hard-hitting commentary of political facts delivered in a comedic viewpoint to the masses. Today we are fighting a war for freedom from those who want to form a bigger government to control more of our lives.
(9741 views)