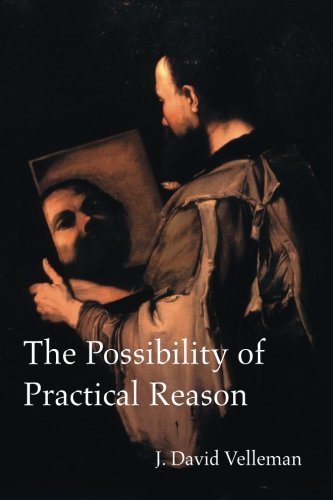 The Possibility of Practical Reason
by J. David Velleman

Description:
The Possibility of Practical Reason explores the foundational questions of moral psychology: How can any of our behavior qualify as acting for a reason? How can any considerations qualify as reasons for us to act? David Velleman argues that both possibilities depend on there being a constitutive aim of action--something that makes for success in action as such.

Ethics and Modern Thought
by Rudolf Eucken - G. P. Putnam's Sons
In our days morality has ceased to be a matter of unquestionable certainty, and has been drawn into the wave of disintegration which is passing over our minds. This text appeals less to students and philosophers than to the cultured public at large.
(9929 views)

Why I Am Not a Christian
by Bertrand Russell
This is a famous but very controversial piece by Bertrand Russell. He examines several highly regarded arguments for the existence (or necessity) of God. His main point however is the possibility of morality based on another principle than God.
(6210 views)

Fundamental Principles of the Metaphysic of Morals
by Immanuel Kant
How should human beings behave toward one another? How must we behave? One of the most influential thinkers of the Western civilization, Immanuel Kant elaborates upon and defends his understanding of the logical underpinnings of all human morality.
(12724 views)

A Modern Theory of Ethics: A study of the Relations of Ethics and Psychology
by W. Olaf Stapledon
The author has chosen to examine certain modern ethical theories (which themselves seek to embody what is best in ancient thought about the good), and these he has considered in relation with other contemporary movements of the mind.
(11256 views)