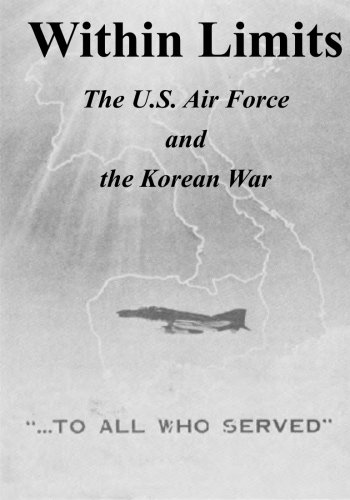 Within Limits: The U.S. Air Force and the Korean War
by Wayne Thompson, Bernard C. Nalty

Description:
Despite American success in preventing the conquest of South Korea by communist North Korea, the Korean War of 1950 - 1953 did not satisfy Americans who expected the kind of total victory they had experienced in World War II ...

Defending Air Bases in an Age of Insurgency
by Shannon W. Caudill - Air University Press
This anthology discusses the converging operational issues of air base defense and counterinsurgency. It explores the diverse challenges associated with defending air assets and joint personnel in a counterinsurgency environment.
(3181 views)

The Future of the U.S. Intercontinental Ballistic Missile Force
by Lauren Caston, et al. - RAND Corporation
The authors assess alternatives for a next-generation intercontinental ballistic missile across a broad set of potential situations. They use the current Minuteman III as a baseline to develop a framework to characterize alternative classes of ICBMs.
(5844 views)

The Ethics of Armed Conflict: A Cosmopolitan Just War Theory
by John W. Lango - Edinburgh University Press
Just war theory exists to stop armies and countries from using armed force without good cause. But how can we judge whether a war is just? In this original book, John W. Lango takes some distinctive approaches to the ethics of armed conflict.
(4034 views)

The Quest for Relevant Air Power
by Christian F. Anrig - AU Press
Christian Anrig examines the responses of France, Germany, the Netherlands, and Sweden to the challenges of air power in the last two decades. It is an indispensable contribution to international awareness of twenty-first-century air power.
(6019 views)