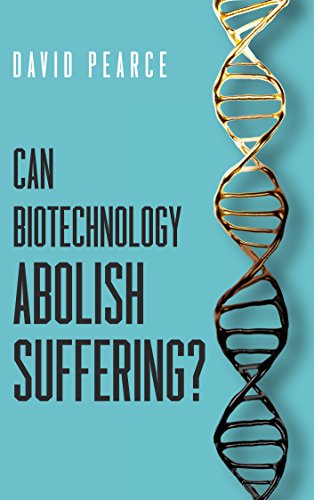 Description:
This is a collection of essays by utilitarian philosopher David Pearce. The essays deal with the abolition of suffering through biotechnology, negative utilitarianism, our obligations toward non-human animals, the nature of consciousness, and the future of intelligent life.

The Antichrist
by Friedrich Wilhelm Nietzsche - Alfred A. Knopf
Here is Friedrich Nietzsche's great masterpiece The Anti-Christ, wherein Nietzsche attacks Christianity as a blight on humanity. This is essential reading for anyone wishing to understand Nietzsche and his place within the history of philosophy.
(9291 views)

Resemblance and Representation: An Essay in the Philosophy of Pictures
by Ben Blumson - Open Book Publishers
The strategy of the book is to argue that the apparently compelling objections raised against the platitude that depiction is mediated by resemblance are manifestations of more general problems, which are familiar from the philosophy of language.
(4684 views)

The Life After Death
by C. W. Leadbeater - Adyar
Subject of life after death is one of the great interest to all of us. This is an exemplary study of the afterlife as taught by mystics from time immemorial to present day. C. W. Leadbeater was a leader in the Theosophical movement.
(22539 views)

What is Philosophy?: Embodiment, Signification, Ideality
by Jere Surber - re.press
The enterprise of philosophy has been under sustained attack throughout the 20th century. This work attempts to diagnose the roots of these assaults and responds to them by developing a new constructive and systematic 'image of philosophy.'
(5866 views)