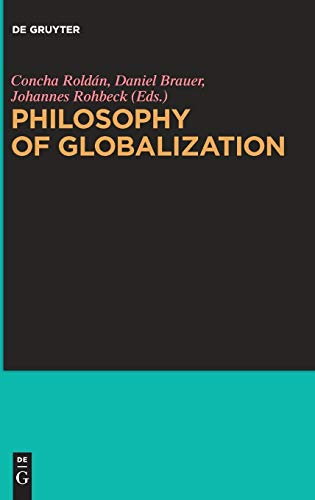 Description:
The aim of this publication is to contribute philosophical depth to the debates on globalization conducted within various academic fields -- principally by working out its normative dimensions. The interdisciplinary nature of this book's contributors also serves to scientifically ground the ethical-philosophical discourse on global responsibility.

The Complete Plato
by Plato - Feedbooks
Plato was a Greek philosopher and mathematician of the Classic Age who founded the Academy of Athens. He has distinguished himself as one of the founders of Western philosophy by recording the teachings of his master and his own philosophies.
(10616 views)

Telemorphosis: Theory in the Era of Climate Change
by Tom Cohen (ed.) - MPublishing
This volume gathers notable philosophers to engage the predominant impasse of an emerging era of climate change and ecocatastrophic acceleration: that is, how critical practices inherited from 20th century thinkers alter at the current moment.
(5642 views)

Thus Spake Zarathustra
by Friedrich Nietzsche - Modern Library
This work is the first thorough statement of Nietzsche's philosophy, and also a masterpiece of literature. The book is a combination of prose and poetry, epigrams, and parodies. Nietzsche made here his famous statement that God is dead.
(13660 views)

Civilisation: Its Cause and Cure
by Edward Carpenter - George Allen & Unwin Ltd.
Carpenter proposes that civilisation is a form of disease that human societies pass through. Civilisations, he says, rarely last more than a thousand years before collapsing, and no society has ever passed through civilisation successfully.
(6947 views)