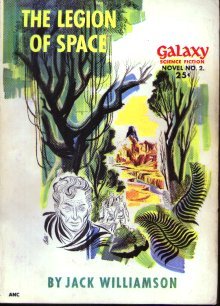 The Legion of Space
by Jack Williamson

Description:
This is Jack Williamson's early 'space opera' science fiction tale, first serialized in Astounding Stories in 1934, and published in book form by Fantasy Press in 1947. 'Galaxy Science Fiction Novels' were published for distribution to newsstands.

The Warriors of Day
by James Blish - Gerard Arthus
Tipton Bond was a man who lived for challenges - and Earth had no more challenges for him. But on Xota: One of the giants' faces bent over him, sardonically benign. You are a denizen of a planet which the Warriors of Day will reach and engulf ...
(3086 views)